Granite Statue of Ankh-Khered-Nefer at the British Museum, London

3D
Scan The World
2,471 views 108 downloads
1 collection
Community Prints Add your picture
Be the first to share a picture of this printed object
0 comments

Granite Statue of Ankh-Khered-Nefer at the British Museum, London

Ankhkherednefer (name formerly read as Ankhrenepnefer, or Ankhsherynefer) was an Ancient Egyptian official known from a block statue found in the Tell el-Maskhuta (perhaps ancient Pithom). The statue, made of red granite is now in the British Museum (BM 1007). Ankhkherednefer served under king Osorkon II whose name appears on the statue. On the statue he bears the titles inspector of the palace; good recorder of the house of Atum, lord of an and highest lieutenant of the king. 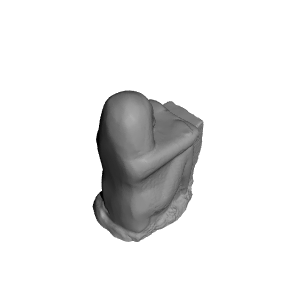 ×
1 collections where you can find Granite Statue of Ankh-Khered-Nefer at the British Museum, London by Scan The World