Grave of an Infant

3D
Scan The World
1,804 views 51 downloads
Community Prints Add your picture
Be the first to share a picture of this printed object
0 comments

Grave of an Infant

Funerary stele of child Sextus Rufius Achilleus, who died 7 months and 9 days old. The child is depicted as Hermes, the god who accompanied the dead to Hades: he is covered only by a short cloak and petasus, the winged hat, and he is holding in his left hand the caduceus, a herald stick with wings and snakes, and in his right hand a bag, symbol of commercial activities protected by the god. Also the rooster and the turtle depicted at his feet allude to Hermes.

Unknown original, from the Kircherian Museum. 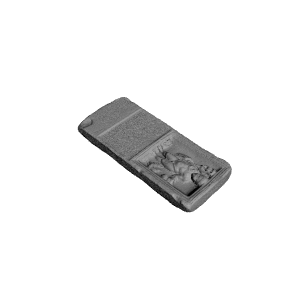