The deceased and an older man, probably his father, clasp hands. In the pediment a siren, a hybrid creature of woman and bird, which bewails the dead person.

Artemon (fl. c. 230 AD), a prominent Christian teacher in Rome, who held Adoptionist, or Nontrinitarian views. We know little about his life for certain.

He is mentioned as the leader of a nontrinitarian sect at Rome in the third century. He is spoken of by Eusebius of Caesarea as the forerunner of Paul of Samosata, an opinion confirmed by the acts of a council held at Antioch in 264, which connect the two names as united in mutual communion and support. Eusebius and Theodoret describe his teaching as a denial of Christ's divinity and an assertion that he was a mere man, the falsification of Scripture, and an appeal to tradition in support of his errors. Both authors mention refutations: Eusebius an untitled work, Theodoret one known as The Little Labyrinth, which has been attributed to a Roman priest named Caius, and more recently to Hippolytus of Rome, the supposed author of the Philosophoumena. 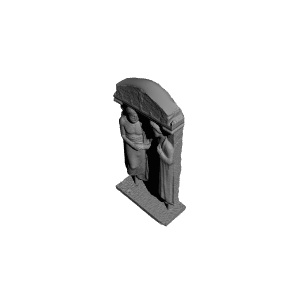