3D
Scan The World
1,531 views 50 downloads
Community Prints Add your picture
Be the first to share a picture of this printed object
0 comments

On rare occasions, a person's life was recorded and celebrated in death by using his or her name. Here are three stones inscribed with the names of individuals.

This is the tombstone of a Roman soldier who came from northeast England. His name, Nectovelius, is inscribed on the stone - along with that of his father, Vindex; his tribe, the Brigantes; and the part of the army with which he served, the 2nd Cohort of Thracians. This served to define the deceased's identity - as the son, tribesman and soldier.

This gravestone of an early Christian shows identity defined by an individual's father. His name is expressed as Carantus, son of Cupitianus.

This stone bears an ogham inscription and comes from a pagan, Pictish cemetery. It stood at one end of a natural long mound, along which was a series of graves. The inscription reads NEHTETRI pr NEHTETREB - probably a personal name. It could also be a tribal name. It is accompanied by a pair of symbols, one damaged. 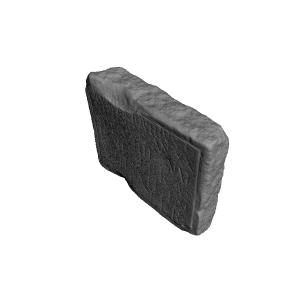 ×
0 collections where you can find Gravestone by Scan The World