3D
Scan The World
2,019 views 75 downloads
Community Prints Add your picture
Be the first to share a picture of this printed object
0 comments

This tomb portrays a dying baby angel. The upside down torch in his right hand represents the end of someone's life. It is a very dramatic sculpture as the angel looks up towards the light. 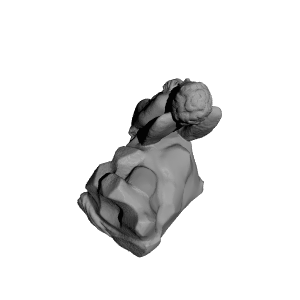