3D
Scan The World
3,353 views 398 downloads
2 collections
Community Prints Add your picture
Be the first to share a picture of this printed object
0 comments

This sculpture is a depiction of an angel grieving over an unknown urn, guiding the departed to heaven. Unfortunately we don't have any information about the artist, but clearly they must have been into the Neo-Classical style of the 19th century. The wings of the angel is most impressive and majestic, which is what makes this sculpture so beautiful. 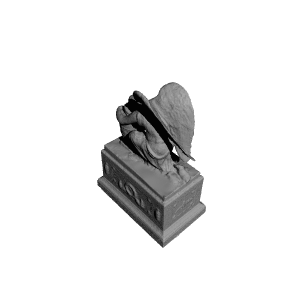