3D
Scan The World
2,244 views 188 downloads
Community Prints Add your picture
Be the first to share a picture of this printed object
0 comments

This sculpture is a depiction of a mother grieving over her child. Unfortunately we don't have any information about the artist, but clearly they must have been into the Neo-Classical style of the 19th century. What is most striking about this sculpture is the beautiful fabric enveloping them both, in some way intensifying the tragedy of her child's death. 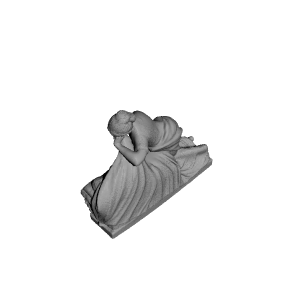