3D
Scan The World
2,301 views 89 downloads
Community Prints Add your picture
Be the first to share a picture of this printed object
0 comments

This gravestone depicts a man tied down to a broken column. This could potentially symbolise that his life was cut short but an unfortunate event. 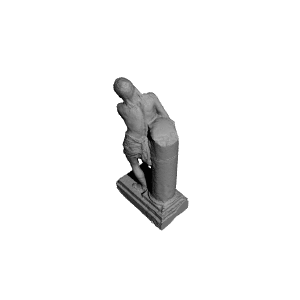