3D
Scan The World
1,926 views 55 downloads
Community Prints Add your picture
Be the first to share a picture of this printed object
0 comments

The Thracian Horseman is the name given to a recurring motif of a horseman depicted in reliefs of the Hellenistic and Roman periods in the Balkans (Thrace, Macedonia, Moesia, roughly from the 3rd century BC to the 3rd century AD).

Its depiction is in the tradition of the funerary steles of Roman cavalrymen, with the addition of syncretistic elements from Hellenistic and Paleo-Balkanic religious or mythological tradition. The Thracian horseman is depicted as a hunter on horseback, riding from left to right. Between the horse's hooves is depicted either a hunting dog or a boar. In some instances, the dog is replaced by a lion. 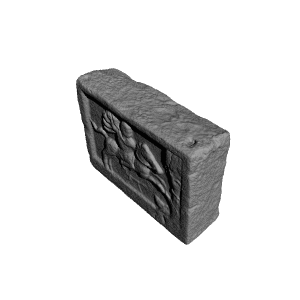