3D
Scan The World
2,067 views 179 downloads
1 collection
Community Prints Add your picture
Be the first to share a picture of this printed object
0 comments

This sculpture is a tomb for either soldiers who have died at sea or sailors. There is an anchor at the top of it which is a classic symbol for a sailors tomb. Additionally the artist has sculpted armor onto the sides. Finally, the angels on every corner are guiding them to heaven. 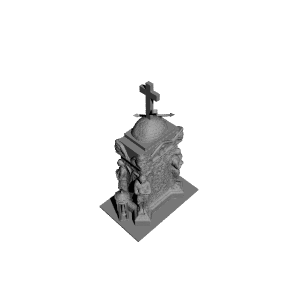