3D
Scan The World
2,168 views 67 downloads
Community Prints Add your picture
Be the first to share a picture of this printed object
0 comments

This tomb is for Alexander Porfiryevich Borodin, born 12 November 1833 and died 27 February 1887. He was a Russian Romantic composer of Georgian origin, as well as a doctor and chemist. He was one of the prominent 19th century composers known as The Mighty Handful, a group dedicated to producing a uniquely Russian kind of classical music, rather than imitating earlier Western European models.

Borodin is best known for his symphonies, his two string quartets, In the Steppes of Central Asia and his opera Prince Igor. Music from Prince Igor and his string quartets was later adapted for the US musical Kismet. A notable advocate of women's rights, Borodin was a promoter of education in Russia and founded the School of Medicine for Women in St. Petersburg.

Nice print that requires some supports and maybe a brim to be safe. 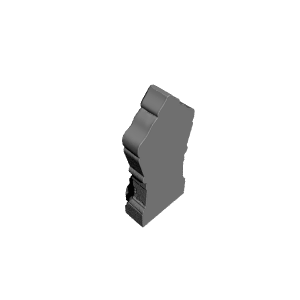