3D
Scan The World
2,663 views 95 downloads
Community Prints Add your picture
Be the first to share a picture of this printed object
0 comments

Mikhail Ivanovich Avilov (September 6, 1882, Saint Petersburg – April 14, 1954, Leningrad) was a Russian and Soviet painter and art educator, who lived and worked in Leningrad, a member of the Leningrad Union of Soviet Artists, professor of the Repin Institute of Arts, Stalin Prize winner, People's Artist of the Russian Federation, regarded as one of the brightest representatives of the Soviet Art, who played an important role in the formation of the Leningrad School of Painting. Mostly known for his battle paintings.

Mikhail Ivanovich Avilov was born September 6, 1882 in Saint Petersburg. In 1893-1903 he studied in the Drawing School of the Imperial Society for the Encouragement of the Arts, then in private studio of artist Leon Dmitriev-Kavkazsky. In 1904-1910 Avilov studied in Imperial Academy of Arts, pupil of Franz Roubaud and Mykola Samokysh. Since 1908 he begins to participate in art exhibitions.

Mikhail Avilov fought in the First World War. After the October Revolution of 1917 Avilov taught at the School of Drawing Society for the Encouragement of Arts in Petrograd, then in the College of Industrial Art and in the Academy of Arts. Since 1923 Avilov was exhibitor of AKhRR. In 1932 he was one of the faunders of the Leningrad Union of Soviet Artists.

Mikhail Ivanovich Avilov died on April 14, 1954 at the seventy second years of life. He was buried in Alexander Nevsky Lavra in Leningrad. His paintings reside in Russian museum, Tretyakov gallery, in Art museums and private collections in Russia, Ukraine, Japan, China, France, England, and other countries. 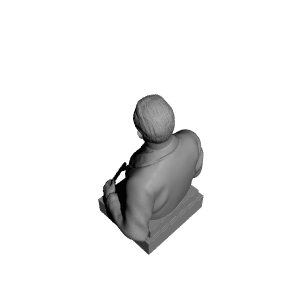