3D
Scan The World
1,718 views 79 downloads
Community Prints Add your picture
Be the first to share a picture of this printed object
0 comments

Information about the departed is very much unkownn. The object he is leaning on contains reliefs on every side. One is of him dancing with his wife and the other seems to be of him in armor. 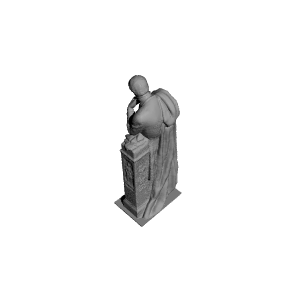