3D
Scan The World
3,070 views 67 downloads
Community Prints Add your picture
Be the first to share a picture of this printed object
0 comments

Stasov Vladimir Vasilievich (January 2, 1824, St. Petersburg - October 10, 1906, St. Petersburg). He was a music and art critic, art historian, ethnographer and writer. He was born into a family of art as his father Vasily Petrovich Stasov (1769-1848 ) was an architecy. He graduated in 1843 at Law School, studying piano with renowned educator AL Henselt.

In 1847, when he wrote his first piece "Notes of the Fatherland", it began literary activity. In the same year he was invited by the publisher Stasov Krajewski to cooperate in the foreign literature department. Since Stasov began to write more and more on painting, sculpture, architecture and music. From 1847 to 1848 years, he published about 20 articles.

In 1848, from communication with Petrashevists, Stasov was suspended from work in the magazine, he was arrested and imprisoned in the Peter and Paul Fortress.

Later he worked in major libraries and archives. There was a library at the Demidov San Donato Manor, near Florence, frequented by Russian artists and architects who lived in Italy, such as Alexander Bryullov, Ivanov, Vorobiev and Ivan Aivazovsky. In May 1854 Stasov returned to St. Petersburg. Upon his return to Russia he approached first with AS Dargomyzhsky and MA Balakirev, and then with TS.A. Cui, AP Borodin, MP Mussorgsky, NA Rimsky-Korsakov.

With the active participation of the Stasov circle shape in the Art Association and became known as the "Mighty Handful", invented by Stasov. Stasov was not only strongly supported by the press, but there were new works by members of the group which increased their popularity. Although he was often the author of their ideas.

In the second half of the 1870s Stasov began performing in the press with articles about literature, painting and music. There was one in particular of great significance whic was when he was acquainted with Glinka (1849). Stasov later wrote much of Glinka's music, and was engaged in the spread of his work, especially the opera. He is the author of the first documented biography of Glinka (1857).

Later, in the 1880s, he became friendly with Belaiev circle. In Western music, Stasov was especially close to figures such as Bach, Beethoven, Liszt, Berlioz, and Schumann. 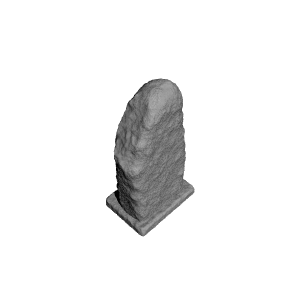