3D
Scan The World
2,636 views 385 downloads
1 collection
Community Prints Add your picture
Be the first to share a picture of this printed object
0 comments

A philosopher is someone who practices philosophy, which involves rational inquiry into areas that are outside of either theology or science. The term "philosopher" comes from the Ancient Greek (philosophos) meaning "lover of wisdom". The coining of the term has been attributed to the Greek thinker Pythagoras (6th century BC). 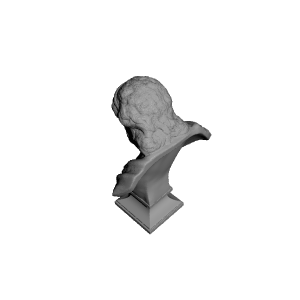