3D
Featured Scan The World
1,485 views 83 downloads
1 collection
Community Prints Add your picture
Be the first to share a picture of this printed object
0 comments

Anacreon / Anakreon (c. 582 – c. 485 BC) was a Greek lyric poet, notable for his drinking songs and hymns. Later Greeks included him in the canonical list of nine lyric poets. Anacreon wrote all of his poetry in the ancient Ionic dialect. Like all early lyric poetry, it was composed to be sung or recited to the accompaniment of music, usually the lyre. Anacreon's poetry touched on universal themes of love, infatuation, disappointment, revelry, parties, festivals and the observations of everyday people and life. 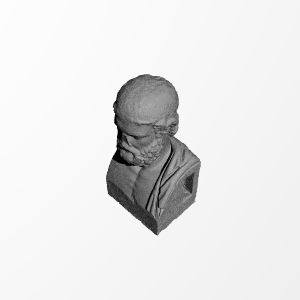