3D
Scan The World
1,898 views 165 downloads
Community Prints Add your picture
Be the first to share a picture of this printed object
0 comments

Kolbe's work is marked by an idealized vision of the body. He produced mainly nudes, male and female, presenting a certain conception of the human body. The nudity as well as the bronze emphasize every aspect of the subjects – they are rarely individualized, as they appear as more general representations of a concept.

These athletic and monumental figures were appreciated by the Nazi regime and Kolbe answered to a few commissions from the National Socialist party. 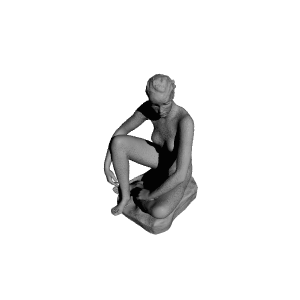