3D
Support Free Scan The World
2,918 views 157 downloads
Community Prints Add your picture
Be the first to share a picture of this printed object
0 comments

This grotesque head with a protruding tongue may have been carved for a castle belonging to Bishop Roger of Salisbury (1107-39). The Bishop owned castles at Sherborne and Devizes. Grotesques were also found in church architecture and were probably purely decorative. 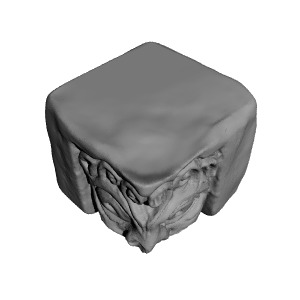 ×
0 collections where you can find Grotesque head at The British Museum, London by Scan The World