3D
360°
Featured Scan The World
4,446 views 307 downloads
5 collections
Community Prints Add your picture
Be the first to share a picture of this printed object
0 comments

Beginning at around 1500 armour, including helmets, became more immediately influenced by fashion, especially in civilian clothing. As a result close helmets, like this one, came in a huge variety of forms.

This helmet with a 'grotesque' vistor would have been used more as costume armour, worn at parades during festivities. Some of these masks portrayed the heads of animals or demons, whilst others were evidently for comic effect, being caricatures of the faces of their owners. 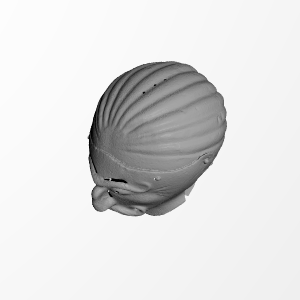 ×
5 collections where you can find Grotesque Helmet by Threedscans