3D
360°
Scan The World
4,198 views 706 downloads
5 collections
Community Prints Add your picture
Be the first to share a picture of this printed object
0 comments

This goddess is known as the one who perceives all sounds of the world. She is also known as the Goddess of Mercy. People often pray to her when giving birth. She frequently appeared in the Chinese fantasy book Journey to the West. In some instances, she is depicted as a male. 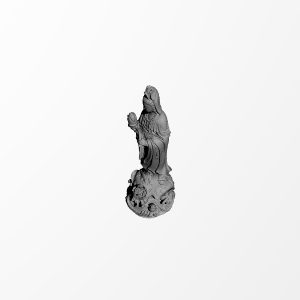 ×
5 collections where you can find Guanyin by ericmesh