This bodhisattva is the principal savior figure in Mahayana Buddhism. Avalokitesvara (“Lord who looks down”) is a bodhisattva who embodies the compassion of all Buddhas. This bodhisattva is variably depicted and described and is portrayed in different cultures as either female or male. In Chinese Buddhism, Avalokitesvara has become the somewhat different female figure Guanyin. In Cambodia, he appears as Lokesvara. (Wikipedia) 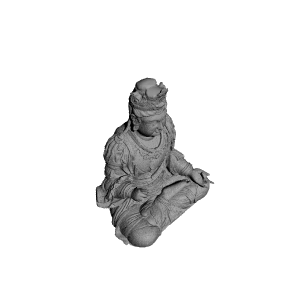 ×
8 collections where you can find Guanyin (Avalokitesvara) by geoffrey.marchal
×
Richard Tang
@azn0Richard0
6
Posted at: 19th March 2019

Nice model. I printed it using a metallic copper color at 0.75% of the original size with a layer height of 0.3mm.