This guardian at Ukhimath Temple was challenging to 3D scan as its feet were above my head. It was 3D scanned with a Structure Scanner attached to an iPad Mini 4. 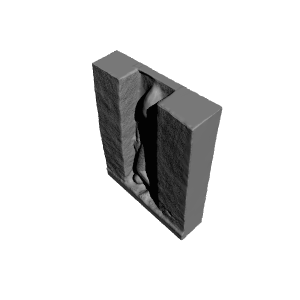