3D
9,356 views 698 downloads
5 collections
Community Prints Add your picture
Be the first to share a picture of this printed object
0 comments

Gurren Lagann is a Japanese mecha anime television series.Gurren Lagann takes place in a future where Earth is ruled by the Spiral King, Lordgenome, who forces mankind to live in isolated subterranean villages. These villages have no contact with the surface world or other villages, and are under constant threat of earthquakes. Selected villagers called diggers are conscripted to expand their homes deeper underground. Simon, a meek young digger ostracized by his peers, finds solace in his best friend and older brother figure, an eccentric delinquent named Kamina. 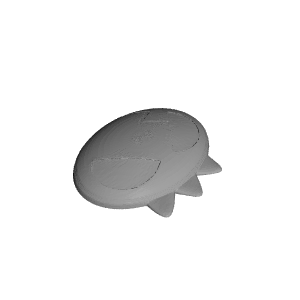