3D
360°
Featured Scan The World
3,354 views 434 downloads
7 collections
Community Prints Add your picture
Be the first to share a picture of this printed object
0 comments

Gustav II Adolf was one of the most famous persons of his time. He was portrayed in many images, in different materials – as part of the propaganda of the Thirty Years War. The sculptor Georg Petel came from Augsburg. According to the signature, the bust was sculpted from life, but more likely Petel worked from sketches and prints. On the armour, a lion with a sword refers to the Lion of the North, as the Swedish king was also known. 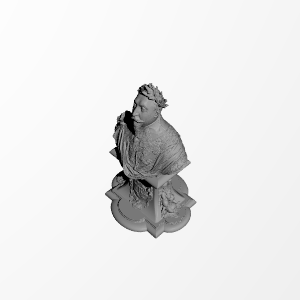 ×
7 collections where you can find Gustav II Adolf, King of Sweden by nationalmuseumswe