3D
5,910 views 431 downloads
6 collections
Community Prints Add your picture
Be the first to share a picture of this printed object
0 comments

Hank believes in the simple things, like the value of a hard day’s work or the joy of indiscriminately firing a Laser Cutter at bloodthirsty predators. Which is why he cherishes the quiet moment after calling down an Orbital Barrage on whatever creature is currently pissing him off. The ensuing bombardment of fiery death really puts things into perspective. 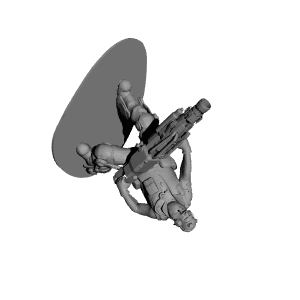 ×
6 collections where you can find Hank from Evolve by MyMiniFactory