Harihara at the Guimet museum, Paris

3D
Scan The World
2,123 views 79 downloads
Community Prints Add your picture
Be the first to share a picture of this printed object
0 comments

Harihara at the Guimet museum, Paris

Harihara is the name of a combined deity form of both Vishnu (Hari) and Shiva (Hara) from the Hindu tradition. Also known as Shankaranarayana ("Shankara" is Shiva, and "Narayana" is Vishnu), Harihara is thus worshipped by both Vaishnavites and Shaivites as a form of the Supreme God, as well as being a figure of worship for other Hindu traditions in general. Harihara is also sometimes used as a philosophical term to denote the unity of Vishnu and Shiva as different aspects of the same Supreme God. The exact nature of both Vishnu and Shiva (from their associated stories in Vedic and Puranic scriptures), and their position of difference or unity (or both), is a subject of some debate amongst the different philosophical schools. 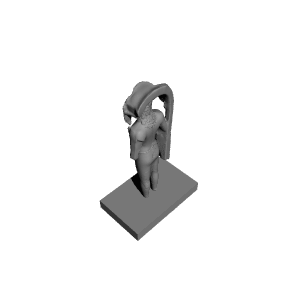 ×
0 collections where you can find Harihara at the Guimet museum, Paris by Scan The World