3D
Scan The World
1,627 views 59 downloads
Community Prints Add your picture
Be the first to share a picture of this printed object
0 comments

This capital with a representation of a city-gate is only partly preserved and represents Hathor, who is depicted in the relief at the upper part of the capital. Hathor is an ancient Egyptian goddess who personified the principles of joy, music, feminine love, and motherhood. She was one of the most important and popular deities throughout the history of ancient Egypt. The ancient Greeks, meanwhile, sometimes identified Hathor with the goddess Aphrodite.

The capital was discovered in Amathous. 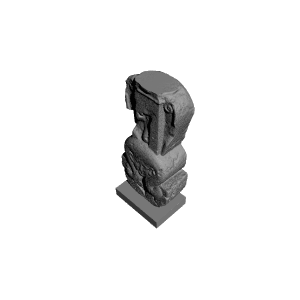