3D
Scan The World
1,494 views 73 downloads
Community Prints Add your picture
Be the first to share a picture of this printed object
0 comments

The he wine container is an old vessel type that emerged as early as the Erlitou period, dating from the 17th century BCE. During the late Shang dynasty (c. 1300–1046 BCE), its shape evolved—its bulging body, with narrow neck and spout, was supported by three cylindrical legs, as seen in this example. The vessel bears an inscription identifying that it was cast by “Shi” in honor of his father, “Gui.” Recent archaeological activities have established that all bronzes bearing the “Shi” inscription were cast during the late Shang and early Western Zhou periods. The vessel’s main body bears a decorative motif consisting of rows of scales in flat, double-band relief. It is generally recognized that by the mid–Western Zhou period (c. 976–886 BCE) Chinese bronze art began a process of stylistic transformation from that of the waning Shang to that of the distinct Western Zhou. Such change is marked by the replacement of taotie masks with patterned decoration. This vessel, however, demonstrates that in the early Western Zhou, the new decorative trend had already emerged. 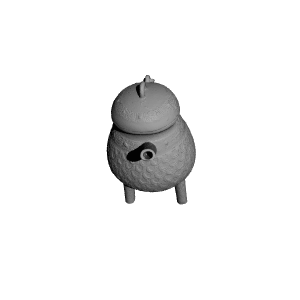 ×
0 collections where you can find He wine vessel by artsMIA