From Thebes, originally from Katshepsut's temple at Deir el-Bahri, head already found in 1892 by Edouard Naville in the quarry area, more fragments excavated by the MMA on the ledge along the south side of the quarry and by the "priests' houses" north of the temple; MMA excavations, 1926-27

This sphinx's original base has been calculated to have had a length of about 3.2 metres (10 feet 6 inches), dimensions that are not matched by any other preserved granite sphinx among the Hatshepsut sculptures. It is, therefore, quite possible that this royal beast was not one of a pair but stood on its own somewhere in the vast courts of the temple. The wide-open eyes and thick, evenly arched brows are typical of a number of sphix sculptures from Dei el-Bahri. They are also seen in the Metropolitan Museum's better preserved granite sphinx, now exhibited by the Dendur temple. 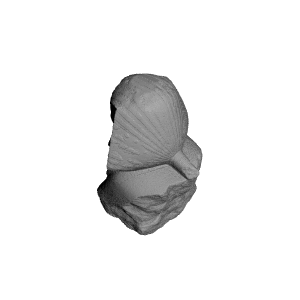 ×
2 collections where you can find Head and Shoulders of a Sphinx of Hatshepsut by Scan The World
×
Paul F Mazierski
@mazuluaa
3
Printed on: Creality Ender 3 Pro
Material: PLA
Posted at: 25th October 2021
Loading comments...