3D
Scan The World
3,186 views 162 downloads
2 collections
Community Prints Add your picture
Be the first to share a picture of this printed object
0 comments

This head is a cast of the horse in the Equestrian Statue of Marcus Aurelius. It is an ancient Roman statue in the Campidoglio, Rome, Italy. It is made of bronze and stands 4.24 m tall. Although the emperor is mounted, it exhibits many similarities to standing statues of Augustus. The original is on display in the Capitoline Museums, with the one now standing in the open air of the Piazza del Campidoglio being a replica made in 1981 when the original was taken down for restoration.

The overall theme is one of power and divine grandeur — the emperor is over life-size and is holding out his hand in a gesture much like that in the Augustus' portraits. In this case the gesture may also signify clemency as some historians assert that a fallen enemy may have been sculpted begging for mercy under the horse's raised hoof (based on accounts from mediaeval times which suggest that a small figure of a bound barbarian chieftain once crouched underneath the horse's front right leg). Such an image was meant to portray the Emperor as victorious and all-conquering. However, shown without weapons or armour, Marcus Aurelius seems to be a bringer of peace rather than a military hero, for this is how he saw himself and his reign. He is riding without the use of stirrups, which had not yet been introduced to the West. While the horse has been meticulously studied in order to be recreated for other artists' works, the saddle cloth was copied with the thought that it was part of the standard Roman uniform. The saddle cloth is actually Sarmatian in origin, suggesting that the horse is a Sarmatian horse and that the statue was created to honour the victory over the Sarmatians by Marcus Aurelius, after which he adopted "Sarmaticus" to his name.

The statue was erected ca. 175 CE. Its original location is debated: the Roman Forum and Piazza Colonna (where the Column of Marcus Aurelius stands) have been proposed.

Although there were many equestrian imperial statues, they rarely survived because it was the common practice to melt down bronze statues for reuse as material for coins or new sculptures in the late empire. Statues were also destroyed because medieval Christians thought that they were pagan idols. The statue of Marcus Aurelius was not melted down because in the Middle Ages it was incorrectly thought to portray the first Christian Emperor, Constantine. Indeed, it is the only fully surviving bronze statue of a pre-Christian Roman emperor.

In the medieval era it was one of the few Roman statues to remain on public view. In the 8th century it stood in the Lateran Palace in Rome on a pedestal provided by Sixtus IV, from where it was relocated in 1538, by order of Pope Paul III to remove it from the main traffic of the square. It was moved to the Piazza del Campidoglio (Capitoline Hill) during Michelangelo's redesign of the Hill. Though he disagreed with its central positioning, he designed a special pedestal for it.The original is on display in the Palazzo dei Conservatori of the Musei Capitolini, while a replica has replaced it in the square.

On the night of November 29, 1849, at the inception of the revolutionary Roman Republic, a mass procession set up the Red-White-Green tricolore (now Flag of Italy, then a new and highly "subversive" flag) in the hands of the mounted Marcus Aurelius.

The statue is depicted on the reverse of the Italian €0.50 euro coin, designed by Roberto Mauri.

A replica of the statue has been located on the campus of Brown University in the United States since 1908.

The statue was formerly clad in gold. An old local myth says that the statue will turn gold again on the Judgement Day.

The Monument to Prince Józef Poniatowski in Warsaw, from 1829, was based on this statue. 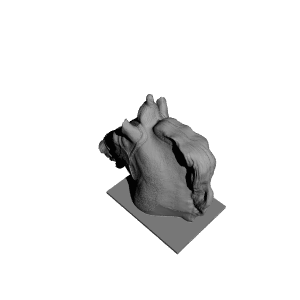