3D
Featured Scan The World
3,084 views 274 downloads
1 collection
Community Prints Add your picture
Be the first to share a picture of this printed object
0 comments

Although the source sculpture for it remains untraced, this cast has long been identified as a faun. It is one of several such themed works in the Crawford Art Gallery collection, including The Piping Faun, The Clapping Faun, John Hogan’s The Drunken Faun, and Andrew O’Connor’s La Faunesse. The features that distinguish this bust, however, are wing-like (not horn-like) forms emerging from his tightly curled hair. As such, it may be that this is a depiction of Mercury or Hermes. 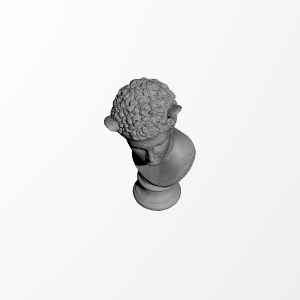