Head of a man

3D
Scan The World
1,431 views 75 downloads
Community Prints Add your picture
Be the first to share a picture of this printed object
0 comments

Head of a man

The head, the back of which was not completed, shows markedly realistic, clear features. The style, a blend of Greek art and Italian tradition, is traceable to Etruscan portraiture of the so-called "Italic cubism" of the III century B.C., and the local stone employed was well suited to this genre. It is believed to be the only known example of this style and has been roughly dated to between the III and II centuries B.C. 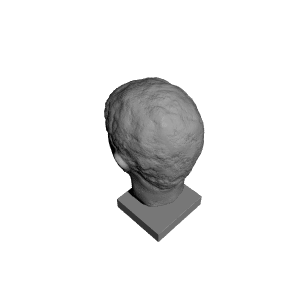