Head of a Man

3D
Featured Scan The World
2,900 views 554 downloads
4 collections
Community Prints Add your picture
Be the first to share a picture of this printed object
1 comments

Head of a Man

Little is known about the origins of this sculpture though it is widely believed that it was created for anatomical reference at The Academy in Copenhagen, the sitter actually being a pupil of the school.

The most known reference to the sculpture is through its inclusion in "Scene from the Academy in Copenhagen", a painting by Knud Baade between 1827-1827 (Nasjonalmuseet, Oslo). The bust is juxtaposed against the Borghese Gladiator but only holds slight physical similarities. 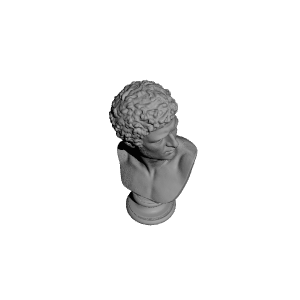