Head of a Queen Mother at The British Museum, London

3D
Scan The World
2,805 views 204 downloads
3 collections
Community Prints Add your picture
Be the first to share a picture of this printed object
0 comments

Head of a Queen Mother at The British Museum, London

Queen Idia, mother of Oba Esigie, king of Benin from the late fifteenth to the early sixteenth century, played a key role in her son's military campaigns against the Igala people, which may have been over control of the Niger waterway. Benin finally won these wars and made the Igala king a vassal of the Oba.

Oba Esigie also fought an internal battle with his brother, Arhuaran, over the establishment of a capital city. Oba Esigie was based in the capital, Benin City, but Arhuaran sought to establish another large important city, Udo, as the main centre. Brass casters of Benin were taken to Udo to work until Oba Esigie won the war.

A brass head representing Queen Idia was made to be placed in her altar following her death. It is said that Oba Esigie instituted the title of Queen Mother and established the tradition of casting heads of this type in honour of her military and ritual powers. Such heads were placed in altars in the palace and in the Queen Mother's residence. 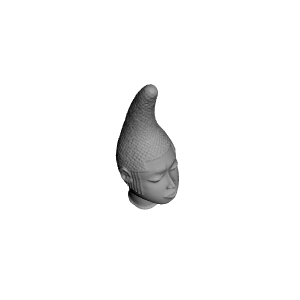 ×
3 collections where you can find Head of a Queen Mother at The British Museum, London by Scan The World