Head of a sleeping (dead?) girl

3D
360°
Featured Scan The World
1,579 views 168 downloads
1 collection
Community Prints Add your picture
Be the first to share a picture of this printed object
0 comments

Head of a sleeping (dead?) girl

The face of a girl turned to one side with eyelids closed and parted lips could suggest either sleep or death. The sculpture, whose body is missing was found together with the statue of a falling ephebe, on display next to it ; it is possible that this work portrays one of Niobe's dead daughters and that is also belonged to the same group depicting the massacre of the Niobids. 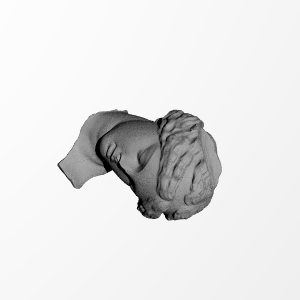 ×
1 collections where you can find Head of a sleeping (dead?) girl by SMK - Statens Museum for Kunst