3D
Scan The World
1,650 views 59 downloads
Community Prints Add your picture
Be the first to share a picture of this printed object
0 comments

This portrait was originally inserted into a statue as a separate piece. The cuttings on the head indicate that details of the hairstyle were worked and added separately.

The rendition of the hair, partly visible in sections of the head, allows to reconstruct the original hairstlye, which was a variation of the so called "Octavia hairstyle". 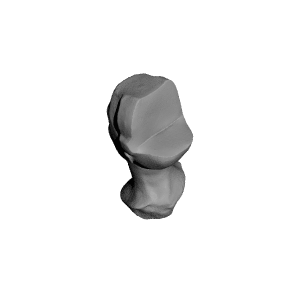