3D
Scan The World
2,186 views 151 downloads
1 collection
Community Prints Add your picture
Be the first to share a picture of this printed object
0 comments

More information is yet to be provided on this head.

It was scanned at the Kumu Museum in Tallinn, Estonia, and we may therefore assert that it is from an Estonian artist as this Museum is dedicated to Eastern European art, and mostly Estonian.

The striking realism of this work is typical of the second part of the Soviet period: the government gave more freedom to artists and encouraged them into depicting the people as they were – without criticizing the regime of course. 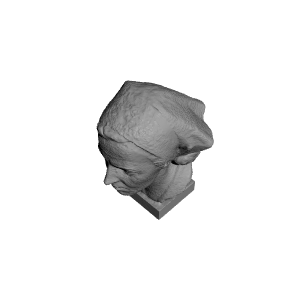