3D
Scan The World
2,761 views 94 downloads
Community Prints Add your picture
Be the first to share a picture of this printed object
0 comments

By the 1st century B.C., the city of Rome had become the center of a large empire covering the entire Mediterranean world. Like the Etruscans before them, the Romans admired Greek art: they carried Greek art treasures to Italy and patronized imitations or copies of Greek works. However, their native taste for realistic, historically oriented art led to a new, Roman style. By the time of the early Roman Empire, portraiture had crystallized as a distinctive type of Roman art, in keeping with the Roman interest in family lineage. This powerful image of a young man demonstrates the strong sense of psychological reality to be found in Roman portraits.

Easy to print with supports. 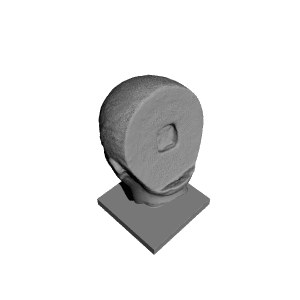 ×
0 collections where you can find Head of a Young Man at The Dallas Museum of Art, Texas by 3DLirious