Head of a young man with idealized features

3D
Scan The World
1,789 views 83 downloads
Community Prints Add your picture
Be the first to share a picture of this printed object
0 comments

Head of a young man with idealized features

It is reminiscent of portraits of Alexander the Great created by some of the most significant artists of the period, such as the painter Apelles and the sculptor Lysippus.

These portraits showed a young, beardless man with long hair and a "moist" glance, expressing his lust for new discoveries and conquests.

In the years of the Successors, the idealized portrait of Alexander spread throughout the Greek world. It became a paradigm for the portraits of the other rulers who wanted to present themselves as successors to Alexander and continuers of his legacy. 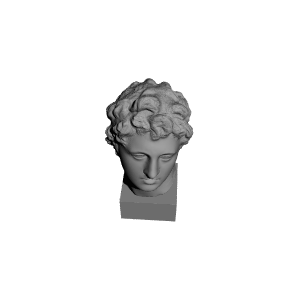