3D
Scan The World
2,674 views 188 downloads
1 collection
Community Prints Add your picture
Be the first to share a picture of this printed object
0 comments

Amenemhat III, also spelled Amenemhet III, was a pharaoh of the Twelfth Dynasty of Egypt. He ruled from c.1860 BC to c.1814 BC, the highest known date being found in a papyrus dated to Regnal Year 46, I Akhet 22 of his rule. His reign is regarded as the golden age of the Middle Kingdom. He may have had a long coregency (of 20 years) with his father, Senusret III.
Towards the end of his reign he instituted a coregency with his successor Amenemhet IV, as recorded in a now damaged rock inscription at Konosso in Nubia, which equates Year 1 of Amenemhet IV to either Year 46, 47 or 48 of his reign. His daughter, Sobekneferu, later succeeded Amenemhat IV, as the last ruler of the 12th Dynasty. Amenemhat III's throne name, Nimaatre, means "Belonging to the Justice of Re." 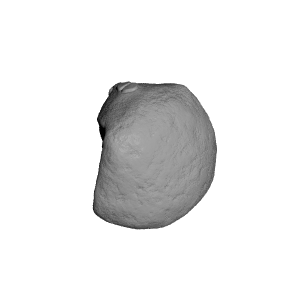