Head of an Old Man

3D
Scan The World
1,586 views 56 downloads
Community Prints Add your picture
Be the first to share a picture of this printed object
0 comments

Head of an Old Man

This head, stylistically-speaking of high quality and completed in the back as well, was probably part of a bust or statue with a cape, as suggested by the cut on the neck for insertion, and was likely made by a Greek sculptor.

The extremely pathetic expression on the face, obviously of Hellenistic origin, recalls the heroic images of Alexander the Great that inspired most of the portraits of Roman nobility in the Late Republican period; it most resembles youthful portraits of Octavian Augustus, dating back to the final thirty years of the I century B.C. 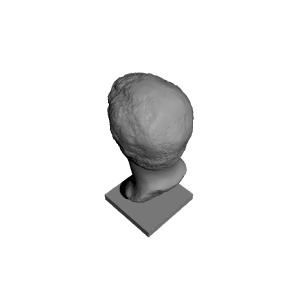