3D
Scan The World
2,011 views 103 downloads
Community Prints Add your picture
Be the first to share a picture of this printed object
0 comments

This is a marble head of a statue of Artemis. Artemis, one of the Twelve Olympians, daughter of Zeus and Leto and the twin sister of Apollo and mother to Orion,  was the goddess of hunting, wild animals and the wilderness. During the 5th century BC, Artemis became also known as the goddess of the moon, becoming one of the most powerful goddesses. She is also known as the queen of Olympus and of all living things.

The head was discovered in Nea Paphos. 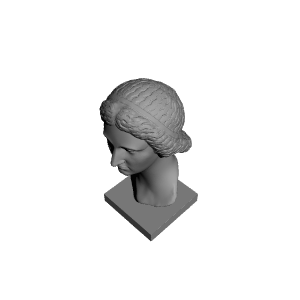