3D
Scan The World
1,871 views 175 downloads
Community Prints Add your picture
Be the first to share a picture of this printed object
0 comments

This is a head-portrait sculpture of Demosthenes (384-322 BC), an Athenian statesman whose skills as an orator were celebrated throughout Greece and later by the Romans. He worked first as a litigator and then entered politics, delivering a number of speeches against the military aggression of Philip II of Macedon - the father of Alexander the Great. 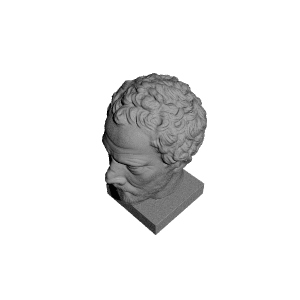