3D
Scan The World
1,867 views 37 downloads
Community Prints Add your picture
Be the first to share a picture of this printed object
0 comments

Gautama Buddha was a spiritual leader on whose teachings Buddhism was founded. He is believed to have lived in eastern India/ Nepal during the 6th to 4th century B.C. Born as a prince, he spent his childhood in the lap of luxury. He lost his mother at an early age and his doting father tried his best to keep his young son away from the miseries of the world. When he was a little boy, some wise scholars predicted that he would become either a great king or a renowned spiritual leader. 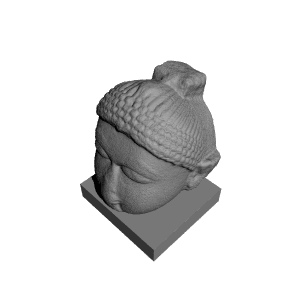