This head is a part of a big group sculpture called the East Pediment. The east pediment of the Aegina Temple belongs to the Classical period and is a depiction of the first Trojan war, not the one described by Homer but the war of Heracles against the king of Troy Laomedon. It includes six different characters at differents stages of the fight. 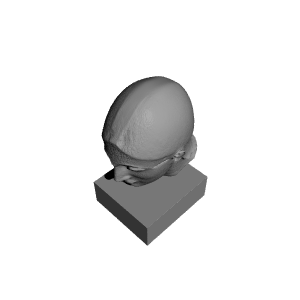