3D
Scan The World
4,007 views 314 downloads
1 collection
Community Prints Add your picture
Be the first to share a picture of this printed object
0 comments

This head, twice life-size, with a diadem, would have originally been inserted into a statue. It has been identified as the goddess Hera on the basis of its resemblance to other representations of the divinity inspired by the work of the Greek sculptor Polykleitos (5th century B.C.). This work, still the object of discussion among scholas, has been dated from the 2nd century B.C. to the 2nd century A.D. 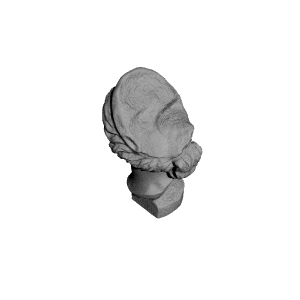