Head of John of Berry

Head of John of Berry

This slightly busted head is that of John of Berry, also known as John the Magnificent. He was the third son of King John II of France and brother to King Charles V of France. John the Magnificent was known for collecting illuminated manuscripts and commissioning extravagant works of art.

He is buried in Bourges Cathedral, a Roman Catholic church dedicated to Saint Stephen. It was built as a replacement for a mid-11th-century structure. It is suggested that construction began in 1195 and is notable for its simplistic plan and grand facade. The Cathedral is also known for its astronomical clock, installed in 1424 for the occasion of the baptism of the Dauphin. 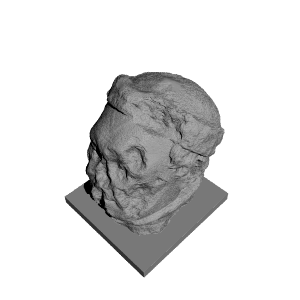