Head of King Nectanebo I or II

3D
360°
Scan The World
2,048 views 153 downloads
1 collection
Community Prints Add your picture
Be the first to share a picture of this printed object
0 comments

Head of King Nectanebo I or II

This was part of a statue placed in a temple. No inscription survives to identify the king, but stylistic details point to Nectanebo I or II, the principal kings of Egypt's last native dynasty. The king's nose and the protective cobra on his forehead were destroyed to curse him. Perhaps this vengeful act occured when Egypt, after 60 years of independence, was reconquered by the Persians (31st Dynasty).

A new nose and cobra were later fitted into prepared slots. This may have happened soon after Alexander the Great had conquered the Persian Empire, under the early Ptolemies. To bolster their title to Egypt's throne, they restored, renewed and imitated the monuments of their native predecessors. 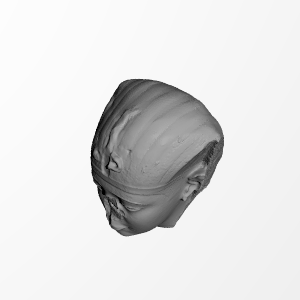