Marsyas was a Silenus, who played a role in two stories of Greek mythology. In one, he found Athena's double oboe and played it, in the other he challenges Apollo to a musical contest and loses. This particular head was originally on a statue of the Silenus, which was a part of a group composition, depicting the contest. Its pained expression shows Marsyas's realisation that he is defeated and will be punished by death. 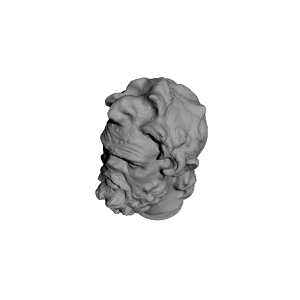