Head of Matidia at The British Museum, London

3D
Scan The World
4,729 views 215 downloads
Community Prints Add your picture
Be the first to share a picture of this printed object
0 comments

Head of Matidia at The British Museum, London

This is a marble head depcitng Matidia. It has Roman origins and is believed to have been made in Rome AD. 120. Matidia was the niece of the emperor Trajan. She was also the mother of Sabina who was the wife of Hadrian.

Matidia was deified after her death in AD 119 and statues were set up to her all over the empire. 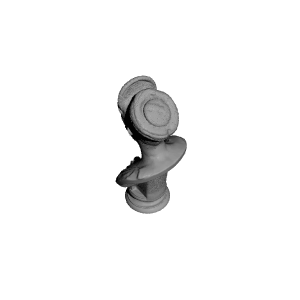 ×
0 collections where you can find Head of Matidia at The British Museum, London by Scan The World